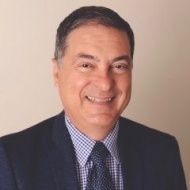 In addition to his dental practice, Dr. March maintains an active membership in many professional and community organizations, including:

Dr. March’s community activities include serving as a past chairman of the Village of Peotone Planning and Zoning Commission, Rainbow Council Boy Scout Executive Board and Council President, Chamber of Commerce member, and member of Peotone Board of Trustees. He is currently serving as Mayor of Peotone. His hobbies include flying his small plane, traveling and snow skiing.  He greatly enjoys mentoring new graduates.  Peter recently bought and rehabbed a failing PPO practice while concurrently running his current practice. Dr. March resides in Peotone with his wife, Elizabeth. Jim, the eldest son, is an aerospace engineer (a.k.a. rocket scientist) in Maryland. Their daughter, Allie, has worked within the practice as an assistant, hygienist, and office manager since 2003. Allie and her husband Kevin have provided Dr. March with three wonderful grandchildren, soon to be four. Their younger son, Dr. Edmund March, joined the practice in 2016.