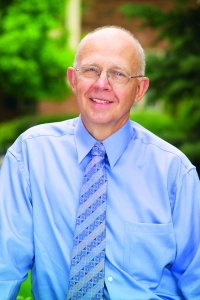 Dr. Koerner has presented hundreds of didactic and participation oral surgery courses at international, national, and regional meetings and at the state level for many dental associations and AGD groups.  He is currently head of the Head of the Oral Surgery Department at the Scottsdale Center for Dentistry, where he teaches and coordinates the oral surgery curriculum.  He is not an oral surgeon but learned oral surgery in the U.S. Army and limits his practice to minor oral surgery procedures including exodontia and implants.

Dr. Koerner is an Adjunct Professor in Oral Surgery at Roseman University of Health Sciences, College of Dentistry in Utah. His clinical dental treatment is limited to oral surgery which he performs in several offices. He is not an oral surgeon but received surgery training in the U.S. Army where he completed a general practice residency. He has a Masters Degree in Education. Dr. Koerner is the author of many articles on various aspects of oral surgery for the general dentist and has authored or co-authored four books on oral surgery. In addition, he has made several DVDs on surgery with Dr. Gordon Christensen. He is past president of the Utah Dental Association and Utah Academy of General Dentistry and has received the National AGD’s Weclew award for his contributions to dentistry and dental education along with the Utah Dental Association’s Distinguished Service Award. Dr. Koerner has presented hundreds of didactic and participation oral surgery courses in the U.S. and around the world. He speaks about twice a month at dental meetings both large and small. In the last few years, he has organized 15 dental humanitarian trips to China and enjoys studying and speaking Mandarin Chinese.

Dr. Koerner graduated from the University of Washington, School of Dentistry and then completed a General Practice Residency in the U. S. Army.  He has a Masters Degree in Education.   He maintains a private general practice in Salt Lake City, Utah.