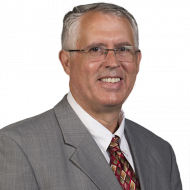 Jeff graduated From Orange Coast College then entered the sleep disorders field in 1991.  He earned his Registered Polysomnographic, (RPSGT) designation and quickly became a leader in the field.  He was awarded a Young Researcher Scholarship from the Sleep Researchers Society in 1995 where is did work assessing patients diagnosed with Narcolepsy.  Having worked 10 years in sleep laboratories in various positions, he transitioned into industry at medical diagnostic company.  There he developed several sleep diagnostic instruments and released ground breaking technologies.  In 2011, he left industry and created his own company dedicated to partnering with dentists to solve their problems treating patients with sleep disordered breathing and destructive bruxism.  He played a pivotal role in bringing to light how sleep disordered breathing can play a major role in many patients tooth wear, coining the term, “Airway Triggered Parafunction”.   Jeff has successfully applied for and achieved several 510(k) applications.