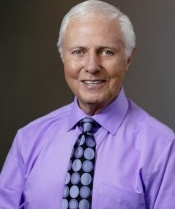 Gordon J. Christensen is Founder and CEO of Practical Clinical Courses (PCC) and Co-Founder and CEO for Clinicians Report Foundation (CR) and a practicing prosthodontst in Provo, Utah. PCC is an international continuing education organization that provides courses and videos for all dental professionals. CR offers unbiased research on thousands of dental products.

Dr. Christensen has presented over 45,000 hours of continuing education throughout the world and has published many articles and books.

Gordon and Dr. Rella Christensen are co-founders of the non-profit Gordon J. Christensen CLINICIANS REPORT (previously CRA), which Rella directed for many years. Since 1976, they have conducted research in all areas of dentistry and published the findings to the profession in the well-known CRA Newsletter now called CLINICIANS REPORT.

Gordon is a practicing prosthodontist in Provo, Utah. Gordon and Rella's sons are both dentists. William is a prosthodontist, and Michael is a general dentist. Their daughter, Carlene, is a teacher.