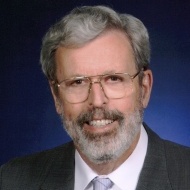 Dr. Bertolotti is perhaps best known for introducing "total etch" to North America in 1984. He has been credited as the guru who, in 1985, coined the phrase "adhesion dentistry". Dr. Bertolotti first used "Adhesion Dentistry" when he retitled his "Cosmetic Dentistry" seminar, reflecting the true nature of what he was using to achieve aesthetic results. In America, Dr. Bertolotti also introduced Caries Detector in 1984, Panavia in 1985, tin plating in 1989, self-etching primers in 1992, and HealOzone in 2004. The sectional Contact Matrix system, "Microprime B", Accolade PV, "Microetcher" sandblasting, cantilevered adhesion bridges, and intraoral tin-plating are also his innovations. His materials and techniques continue to reflect a compilation of international knowledge which has been evolved into a "how to do it" seminar of international reputation.In addition to authoring four dental textbook chapters, Dr. Bertolotti has published extensively in journals such as the American Dental Association, International Journal of Prosthodontics, Journal of Dental Research and Quintessence International. He is a Fellow of the American Academy of Dental Materials, a Fellow of the American College of Dentists, a Fellow of the Pierre Fauchard Academy, and an Accredited member of the Academy of Cosmetic Dentistry. He has served on the Reality Editorial team. He is a well known international lecturer, having presented at all of the major dental meetings such as the ADA, Hinman, Chicago Midwinter and invited lectures in over 30 countries.

Dr. Bertolotti received his D.D.S. degree from the University of California, San Francisco, after working as a Ph.D. metallurgical and ceramic engineer at Sandia National Laboratories. He currently guest lectures at Loma Linda University and the University of the Pacific. His private practice in California is mostly involved with ozone, tooth conservative esthetic techniques and adhesion dentistry.