Paradigm Changes in the Profession - 2017 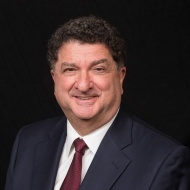 Dennis P. Tarnow is currently Clinical Professor of Periodontology and Director of Implant Education at Columbia School of Dental Medicine.  He is the former Professor and Chairman of the Department of Periodontology and Implant Dentistry at New York University College of Dentistry.  Dr. Tarnow has a certificate in Periodontics and Prosthodontics and is a Diplomat of the American Board of Periodontology.  He is a recipient of the Master Clinician Award from the American Academy of Periodontology, Teacher of the Year Award from New York University and Distinguished Lecturer Award from the American College of Prosthodontists in 2015.   Dr. Tarnow has a private practice in New York City, and has been honored with a wing named after him at New York University College of Dentistry.   He has published over one hundred fifty articles on perio-prosthodontics and implant dentistry and has coauthored three textbooks including one titled Aesthetic Restorative Dentistry.   Dr. Tarnow has lectured extensively in the United States and internationally in over thirty countries.